5 April 2019, 7 p.m., at the Haus der Astronomie: film screening supported by a short talk given by Melanie Kaasinen (MPIA) 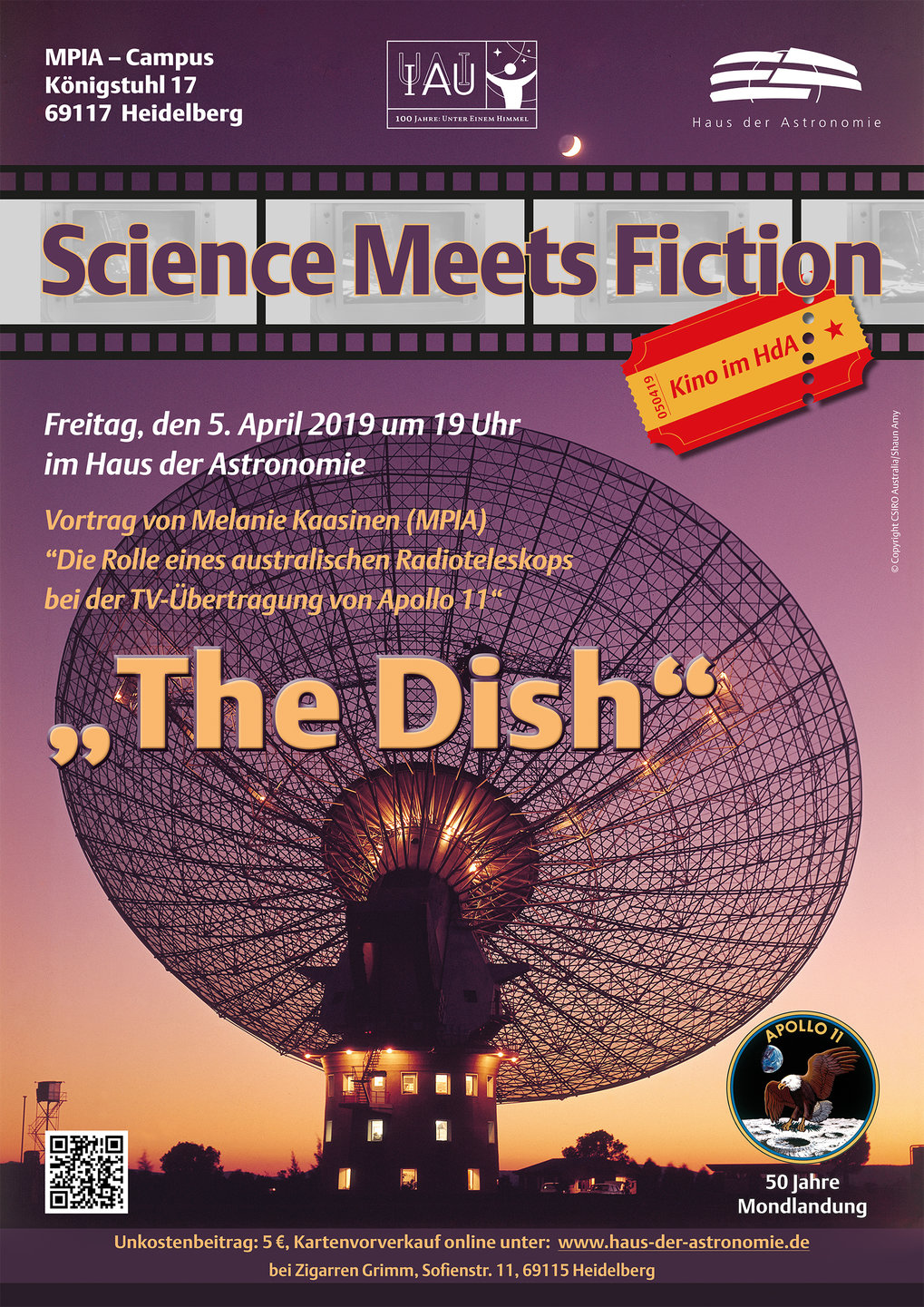 On July 21, 1969, when several hundred million people watched a man's first step on the moon on television, the 64-metre Parkes radio telescope, about 300 km northwest of Sydney, Australia, received the television signals that were broadcast from there all over the world. Melanie Kaasinen (Max Planck Institute for Astronomy) tells the story of the telescope and describes its role in the moon landing.

In addition we show the film "The Dish" (German version) from the year 2000, a lovingly scurrile Australian comedy whose plot is based on the true events. The clash of great politics and the provincial tranquillity of the small town of Parkes leads to all sorts of funny situations. At the same time, the scientists and technicians of the radio telescope fight against the pitfalls of the weather, the technology and the bureaucracy, the latter represented by the NASA technician who meticulously supervises the operation. Here strong personalities from two worlds meet, who could not be more different.

Whenever the House of Astronomy hosts an event in the series "Science Meets Fiction", we not only show a feature film related to astronomy and space travel - in Dolby Surround and full length, albeit without popcorn and drinks - but at the same time we would like to take a closer look at the filmmakers' skills and honesty: What is actually scientifically possible and correctly presented? What is the result of the scriptwriter's imagination?

The admission price, including the system fees for advance sales, is 5 euros.

Tickets are available online or from

The entire event will be held in German.