The Haus der Astronomie (HdA), literally "House of Astronomy", is a unique Centre for Astronomy Education and Outreach in Heidelberg, Germany. Our mission: To demonstrate to the public in general, and to young people in particular, the fascination of astronomy, and to further the communication between astronomers and their colleagues in other scientific disciplines. 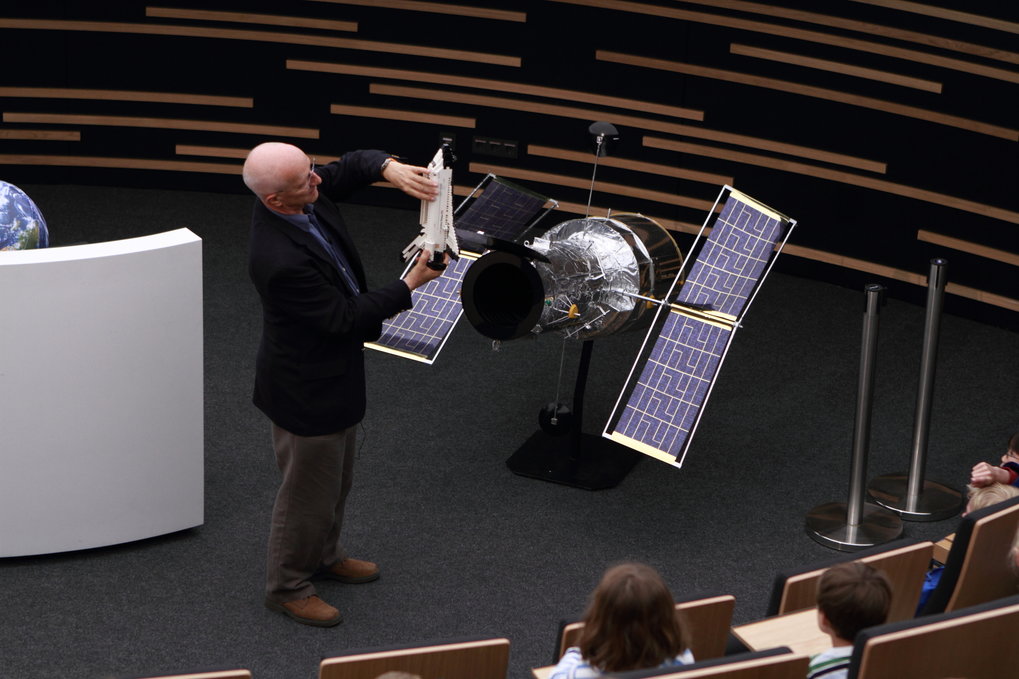 To this end, we organize events for the general public, and workshops for students, teachers, and communicators; we support research projects undertaken by high school students, participate in exhibitions, develop astronomy kits, visualizations of astronomical phenomena and concepts, and support the media in their coverage of astronomical topics.

In the fall of 2011, the Haus der Astronomie commenced operations in its very own galaxy-shaped building on the Königstuhl mountain in Heidelberg. The building includes an exhibition area as well as work- and office space and meeting rooms, as well as a central lecture theatre that features a digital planetarium.

Haus der Astronomie was founded in late 2008 by the Max Planck Society e.V. for the Advancement of Science (Germany's leading organization for basic research) and the Klaus Tschira Foundation gGmbH. The Klaus Tschira Foundation has constructed custom-designed, galaxy-shaped building for the endeavour and, in addition, donated the building's basic equipment. The Max Planck Society is responsible for operating the Centre, a task it has delegated to the Max Planck Institute for Astronomy (MPIA) on whose grounds the HdA building is located. Additional partners are Heidelberg University and the City of Heidelberg; HdA is also supported by the State of Baden-Wurttemberg's ministries for research and for education.