Per Internet to the Stars: Colorful hydrogen clouds and star clusters at 2017 Girls' Day at HdA

Girls' Day 2017: Observations of stellar clusters via the Internet, in cooperation with the telescope network of Las Cumbres Observatory 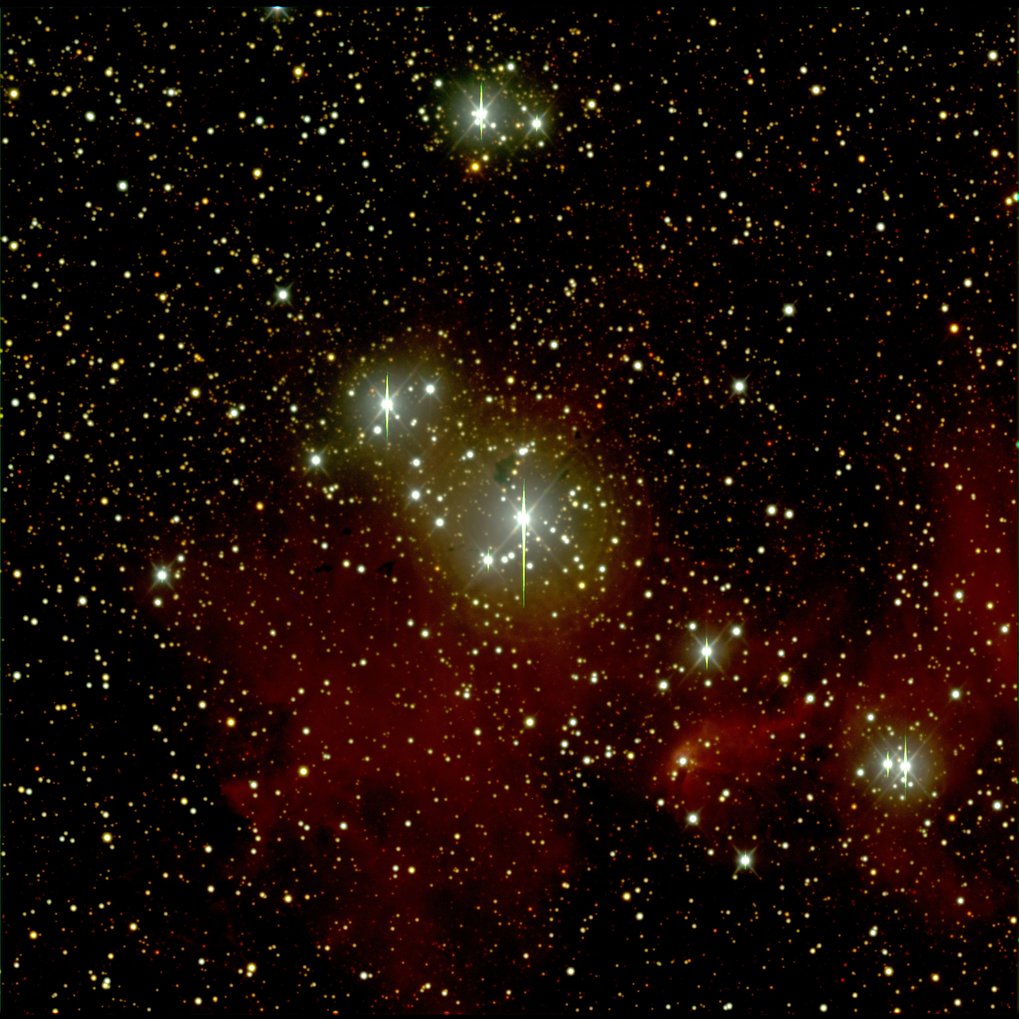 The best way to learn what it is like to be an astronomer is to go observing. And, thanks to telescopes that can be controlled via the Internet, observations are even possible during the day. In this case: during Girls' Day, April 27, 2017, the nationwide event in Germany where female pupils get to learn about professions in which women are under-represented.

The 16 pupils participating in 2017 Girls' Day at Haus der Astronomie, Heidelberg's center for astronomy education and outreach, and at the Max Planck Institute for Astronomy, made use of this opportunity to target clusters were stars are born. These clusters still had residual hydrogen gas, clearly visible as a red haze in the images.

For their images, the girls used 40 cm and 1 m telescopes at the Siding Spring Node of Las Cumbres Observatory (LCO), made available by LCO as part of a collaboration with Haus der Astronomie. LCO is  a non-profit organization dedicated to building and operating a network of professional robotic telescopes, deployed worldwide, for science and education. The collaboration furthers LCO's goal to provide an inspirational experience of science through the use of their robotic telescope network

Participants than used suitable software to create their own color images of their chosen target objects – both realistic images and some crazily colorful versions!